The show doesn’t stop at the tent!  Back by popular demand, the Theatre Aspen Cabaret Series returns this summer for a three-night engagement beginning July 10, August 7 & 14, in three distinct one-of-a-kind evenings.

Hosted exclusively at the Hotel Jerome, enjoy a pre-show 3 course dinner.  These not-to-be-missed events of ensemble and solo performances are sure to be a continuing highlight of the Theatre Aspen summer season. 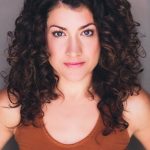 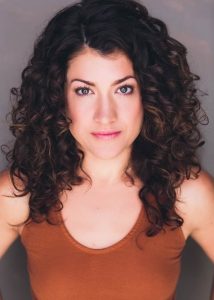 Sarah Stiles starred opposite Kevin James in the NETFLIX comedy THE CREW. She is also one of the stars in the critically acclaimed EPIX Original Series GET SHORTY. She is a two time Tony nominee for her role as “Sandy” in the Broadway production of TOOTSIE and her performance as “Jessica” in HAND TO GOD. She is currently recurring on Showtime’s BILLIONS and voiced the character “Spinel” in STEVEN UNIVERSE: THE MOVIE. Her other Broadway productions include ON A CLEAR DAY YOU CAN SEE FOREVER, Kate/ Lucy AVENUE Q, and THE 25th ANNUAL PUTNAM COUNTY SPELLING BEE.
Recent television and film credits include Billy Crystal’s HERE TODAY, Steven Soderbergh’s UNSANE, I’M DYING UP HERE, THE BLACKLIST, DIETLAND and the animated SUNNY DAY for Nickelodeon. Sarah lends her voice on the recording of Pasek and Paul’s JAMES AND THE GIANT PEACH.
Sarah penned her solo show SQUIRREL HEART and performed it to sold out audiences at Joe’s Pub at the Public in NYC.

(Ticket includes 3-course dinner and show, plus tax and tip.)