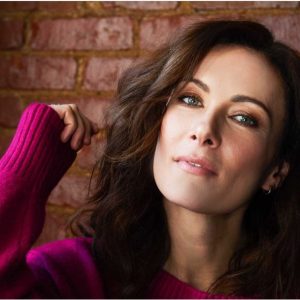 Tony Award®-winner and five-time Tony Award nominee known
for her roles in Gypsy, Worth, Here Today, and “Younger”

An intimate evening with Tony Award® Winner Laura Benanti who will take the stage to share songs from her career and beyond. Filled with heart and humor, this is not to be missed.

The 45-minute concert will be followed by a Paddle Raise in support of 2022 Artists.

Celebrate the evening and toast to spring! Privately held by hosts who join at the levels below: 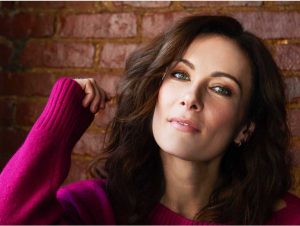 Tony® Award-winner and five-time Tony® Award nominee Laura Benanti is a highly celebrated stage and screen actress.  Benanti can next be seen in Amy Schumer’s LIFE & BETH, which premieres on Hulu on March 18. The series follows Beth (Schumer) whose life changes forever following a sudden incident when she is forced to engage with her past. Through flashbacks to her teen self, Beth starts to learn how she became who she is and who she wants to become. We’ll go on her journey towards building a bigger, bolder and more authentic life. Learning to express herself and living in an intentional way. A trip down memory lane is a strong source of trauma, comedy and moving forward. Benanti stars as Beth’s mother and plays a pivotal role in Beth’s life and who she is today.

She can currently be seen in HBO Max’s GOSSIP GIRL reboot and in Netflix’s WORTH starring opposite Michael Keaton, Stanley Tucci and Amy Ryan, for which she’s received significant praise, with Deadline hailing her performance as “awards-worthy.” Based on true events, WORTH is a moving reminder of the power of empathy and the value of human connection, with Benanti’s character at the crux. Additionally, Benanti reprised her role in the final season of the hit TV series YOUNGER which premiered April 2021, starred opposite Billy Crystal and Tiffany Haddish in the comedy film HERE TODAY which was released May 2021, and appeared in Lin-Manuel Miranda’s awards-favorite, TICK, TICK…BOOM!, the adaptation of the autobiographical Off-Broadway show written by Johnathon Larson (Rent).

Benanti’s other credits include appearing as a guest star on the Showtime series CINEMA TOAST created by Jeff Baena and produced by the Duplass Brothers as well as the highly anticipated variety show ZIWE featuring comedian Ziwe Fumudoh. Additionally, Benanti created and executive produced the HBO MAX special, HOMESCHOOL MUSICAL: CLASS OF 2020, co-authored a children’s board book M is for MAMA (and also Merlot): A Modern Mom’s ABC’s, co-written with Metropolitan Opera Star Kate Mangiameli and released a self-titled studio album for Sony Music Masterworks. The album is comprised of contemporary covers, jazz influenced torch songs and comedic takes on beloved favorites.

This event is generously underwritten by:

This event will be presented in accordance with CDC Guidelines; additional safety measures may apply. Proof of vaccination or negative test within 24 hours. Rapid tests will be available on site for purchase. Masks are required. Please bring a photo on your phone or your vaccination card.