(in order of Appearance in the Festival) 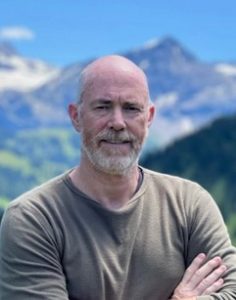 Daniel Pearce (Musician) is an enrolled Citizen Band Potawatomi actor, musician and visual artist based in New York City. He is currently playing the lead role in the film The Ballad of Tom McDaniel. In addition to his film and television work, he has appeared in 10 productions with the Public Theater. A couple of which he created original songs and underscoring for. In 2017 he was awarded the Lunt-Fontanne Fellowship for excellence in acting.
Giovanna Sardelli (Director) Besides Sardelli’s well-received productions with TheatreWorks Silicon Valley, where she is Artistic Associate and Director of New Works, she has directed and developed plays around the country, including many off-Broadway productions. Sardelli’s directing credits include many collaborations with Matthew Lopez and Rajiv Joseph, including the production of Joseph’s Obie Award-winning play: Describe The Night at Atlantic Theatre, and her production of Joseph’s Guards at the Taj for the Geffen Theatre which won the 2016 Ovation Award for Best Production of a Play. Sardelli holds an MFA in Acting from New York University’s Tisch School of the Arts and taught in NYU’s Graduate Acting Program as well as its Dance Department for over a decade. She was named the 2019 Alumna of the Year for the University Nevada, Las Vegas College of Fine Arts. You can check out her newly released Marvel podcast Squirrel Girl: the Unbeatable Radio Show! anywhere you listen to podcasts. 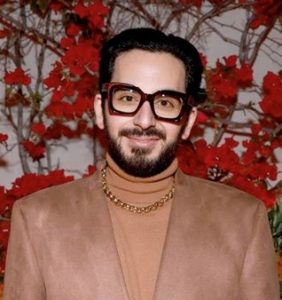 Vanessa Vivas (Stage Manager) is thrilled to be back with Theatre Aspen as a Producing Assistant for the 2022 Summer Season after working as the Directing/Writing Apprentice last summer. Recent stage credits include The Sound of Music in Concert (Asst. Stage Manager, Aspen Music School and Festival), the world premiere of Mi Abuela, Queen of Nightmares (Maya, Quail Bell Productions), and a staged reading of Cottagers and Indians (Director, PICT Classic). She serves as a team member at Bad Behavior Lab, a multi-hyphenate production lab. She is also the Capes Coordinator at Capes Coaching, the entertainment industry’s premiere coaching company. Point Park University Theatre ‘21. Infinite thanks to Britt, Jed, Jess, Michael M, the Theatre Aspen team, and those reading the program!

Sparrows at the Bar 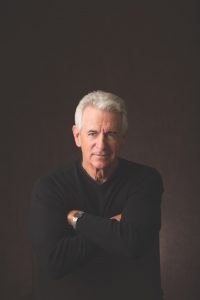 James Naughton (Actor) From Broadway and regional theater to television and films, James Naughton has won critical acclaim in dramas, comedies, and musicals. He is the winner of two Tony Awards as Best Actor in a Musical, for Billy Flynn in Chicago (1997) and for his role in City of Angels (1990), which also earned him a Drama Desk Award. His New York debut in Eugene O’Neill’s Long Day’s Journey into Night. Other Broadway credits include Democracy, Whose Life Is It Anyway, and I Love My Wife. Broadway directing credits: Tony-nominated The Price by Arthur Miller and Thornton Wilder’s Our Town starring Paul Newman. Naughton’s film credits include Equity, Factory Girl, Childless, The Devil Wears Prada, First Wives Club, The Glass Menagerie with Joanne Woodward, The Good Mother, The Paper Chase, and Cat’s Eye. On TV, he starred in Planet of the Apes, Who’s The Boss?, Brooklyn Bridge, Making the Grade, Ally McBeal, The Cosby Mysteries, Damages, Gossip Girl, Hostages, and most recently, And Just Like That, Blue Bloods, The Black List and The Affair.

Mike DiSalvo (Playwright) has been a professional actor for over twenty years. His resume spans Broadway National Tours, Off- Broadway, Regional Theatre, Soap Opera, Episodic Television, and major Motion Pictures. As an emerging writer, Mike’s work has been a semifinalist at the Eugene O’Neill Playwright’s Conference, was a Second Rounder at the Austin Film Festival, and has been recognized by ScreenCraft’s Stage Play and Short Film competitions, and New York’s Naked Angels. His short film, The Bridge, was the winner of the Sunday Shorts Film Festival in August, 2020, and his screenplay adaptation of James Hawes’s A White Merc with Fins was a semifinalist in the Big Apple Film Festival’s screenplay competition. His play, Trophy Room, was given a two- week workshop and staged reading by Hunter Foster and Redhouse Theatre in Syracuse, NY. Most recently, he wrote and directed Ghost Light: The Musical, for Broadway Sacramento’s Camp Music Circus.

Joe Calarco (Director) is a multiple award-winning director and playwright and has directed and/or written over 50 world premieres so far in his career. His Off-Broadway credits include Patrick Barlow’s A Christmas Carol, In Transit, R&J (adaptor/director), Sarah Plain and Tall, The Burnt Part Boys, Floyd and Clea Under the Western Sky, Boy, in the absence of spring (writer/director), The Memory Show, Bury the Dead. He has extensive regional credits at theaters including Signature Theater, The Old Globe, ACT, Philadelphia Theater Company, The Shakespeare Company, and Barrington Stage Company among many others. His work has been produced on the West End, and he has developed work at Lincoln Center, Second Stage, Primary Stages, The O’Neill Musical Theater Conference, Goodspeed, and the National Theater in London. He is the winner of the Lucille Lortel Award, 4 Helen Hayes, 2 Barrymore Awards, and has been nominated for two-time Drama Desk Awards and the Evening Standard Award.

Sydneii Colter (PSM) is excited to be working with Theatre Aspen for the first time ever on Sparrows at the Bar! Off-Broadway: Black No More, STEW, for all the women who thought they were Mad. New York: Echoes in the Garden at The Chain Theatre, The Outsiders at Daryl Roth Theatre, Jeune Terre at Alchemical Studios. 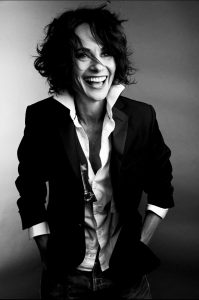 Jessica Vesey (Actor) has most recently been seen in The Aspen Fringe Festival as Christopher from The Curious Incident of the Dog in the Nighttime. She’s also performed in Into the Woods as Cinderella’s Mother, You on The Moors Now as Jo March, Peter Pan as Wendy, and Songs for a New World as Singer. Her next role will be Mary Poppins in Aspen Community’s Mary Poppins. After High School, Jessica plans to pursue acting professionally.

Wesley Lodal (Actor) is a 4th grader at Aspen Elementary. This is her professional theater debut! Wesley was proud to play the role of James in Theater Aspen’s summer camp production of James and the Giant Peach. She has performed in the AES talent show and in the 3rd grade play Hello Lightning. She loves singing, writing songs, playing her electric guitar, swimming and her dogs Ernie and Jax.

David Dyer (Pianist) has been working in the field of musical theatre and cabaret for more than 40 years. He holds a degree in Music Education from The University of Northern Colorado.  He is no stranger to audiences in the Roaring Fork Valley, having collaborated at The Crystal Palace, Theater Aspen, Aspen Community Theatre, Thunder River Theater and with various Aspen public school programs. In addition, he’s worked for numerous summer stock, regional and community theatres, while music directing/conducting over 60 book musicals. His arranging credits are diverse, including arrangements for solo singers, choral groups and multiple instrumental ensembles.  His talents have taken him to many places in the world, including Mykonos, Greece, the Wexford Festival in Ireland, and concert cabaret tours of Germany and Switzerland. In 2012-2013 he completed an international tour as Associate Conductor of PETER PAN starring Cathy Rigby.  He is always pleased to perform with the fabulous Beth Malone! 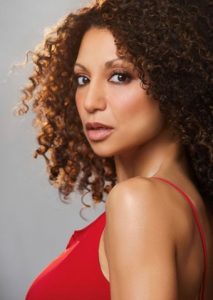 Sabrina Sloan (Actor) Fresh off a 4-year run as Angelica Schuyler in Hamilton, performing opposite Lin Manuel Miranda in Puerto Rico, Sabrina most recently starred as Liz Rico in the west coast premiere of Fernanda Coppel’s King Liz at the Geffen Playhouse.  A native of Southern California, she spent a decade in New York in the original Broadway companies of Hairspray, Catch Me If You Can, Motown, and the 1st National Tour of In the Heights – where she also played opposite Lin Manuel Miranda in Los Angeles. Regionally, Sabrina has been a part of new works at the Pasadena Playhouse (Sleepless in Seattle/Ray Charles Live) and Boston Court (Gulls) and has starred in Rent, Children of Eden, and Aint Misbehavin‘. She is a graduate of Northwestern University’s acting program and her TV/film credits include HBO’s” Hacks”, “All Rise”, “Ode to Joy”, “Blindspot”, “Mysteries of Laura”, “Boston Legal”.  Grateful for every opportunity to create and share space in live theater.  Thank you to my family always for allowing me to go play.

Sandra Seaton (Playwright) is a playwright and librettist. From the Diary of Sally Hemings, with composer William Bolcom, has been performed at Carnegie Hall and the Kennedy Center. In 2020, the opera Night Trip, music by Carlos Simon and libretto by Seaton, premiered at Washington National Opera, and The First Bluebird in the Morning, with Simon, premiered with LA Opera. Her 14 plays include The Bridge Party, her Civil War drama The Will, her Civil Rights era play Music History, Call Me By My Name, about Henrietta Lacks, and King: A Reflection on the Life of Dr. Martin Luther King, Jr. with tenor George Shirley. In 2022 her “ploratorio,” Dreamland: Tulsa 1921, with composer Marques Garrett, an oratorio with play scenes, premiered with Dallas’s Turtle Creek Chorale at Carnegie Hall. Seaton’s play with music, The Passion of Mary Cardwell Dawson, with music by Simon, performed at 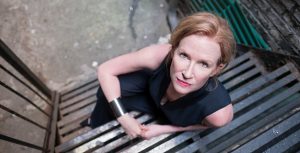 Kim Powers (Playwright) is a two-time Emmy winner and author of the novels Rules for Being Dead; Capote in Kansas: A Ghost Story; and Dig Two Graves, as well as the critically acclaimed memoir The History of Swimming, a Barnes & Noble “Discover” Book and Lambda Literary Award finalist for Best Memoir of the Year. He also wrote the festival- favorite indie film Finding North. Powers is Senior Writer for ABC’s 20/20, part of the team that has won a record four Edward R. Murrow awards. His other plays include Black Apollo (about John Singer Sargent) and The Séance Museum (about America’s first female “ghost-buster”!) A native Texan, he received an MFA from the Yale School of Drama. He lives in New York City and Asbury Park, NJ and can be reached at kimpowersbooks.com. Most importantly, he loves Lucy. And even more, Ethel. )

Melia Bensussen (Director) became the Artistic Director of Hartford Stage in 2019, previously she served as Chair of Performing Arts at Emerson College in Boston. The recipient of an OBIE Award for Outstanding Direction, she has directed extensively around the country and internationally, new works and classics.  Raised in Mexico City, Melia is fluent in Spanish and has translated and adapted a variety of works, including her edition of the Langston Hughes translation of Garcia Lorca’s Blood Wedding, published by TCG.  Melia is a recipient of a Princess Grace Fellowship, and was awarded the Foundation’s top honor, the Statue Award. A graduate of Brown University, she was the recipient of a Drama League Directing Fellowship, serves as Chair of the Arts Advisory Board for the Princess Grace Foundation, and is on the Executive Board of the Society of Directors and Choreographers (SDC).   Most recently, her adaptation with playwright Kirsten Greenidge of Tony Lukas’ Common Ground premiered at the Huntington Theater.

Katelyn Tyk (Stage Manager & Associate General Manager) is thrilled to be joining the Theatre Aspen team this summer! Originally from Northwest of Chicago, she has lived in Florida for almost 10 years, working at Walt Disney for 4 years, and at multiple theaters in South Florida area as a Production Assistant, Deck Chief, Stage Manager, and Equity ASM, including at the Wick Theatre and Palm Beach Dramaworks. Some favorite productions she has worked on are: Les Misérables, Young Frankenstein, and Rock of Ages (where she met her wonderful husband, Matt).