Warning: Use of undefined constant a0S4A00000TT7XVUA1 - assumed 'a0S4A00000TT7XVUA1' (this will throw an Error in a future version of PHP) in /home/nikkibco/public_html/ta/wp-content/plugins/xyz-wp-insert-code-snippet/shortcode-handler.php(166) : eval()'d code on line 2 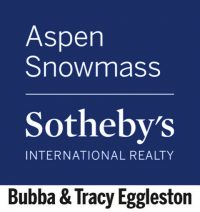 Hailed as the perfect musical comedy, Guys and Dolls follows gamblers, cabaret singers, and missionaries on a love- and luck-fueled romp through New York City. With a book by Abe Burrows and Jo Swerling and music and lyrics by Frank Loesser, Guys and Dolls opened on Broadway in 1950 and was critically lauded, winning five Tony Awards® including Best Musical.

Based on The Idyll of Sarah Brown and characters by Damon Runyon.

HUNTER FOSTER is the Artistic Director for the Redhouse Arts Center in Syracuse, NY. He most recently directed The Other Josh Cohen off-Broadway at the West Side theatre, and The Drowsy Chaperone at the Goodspeed Opera House. At the Bucks County Playhouse he has directed: 42nd Street, Clue, Guys and Dolls, Company, Ain’t Misbehavin’, The Buddy Holly Story (2016 & 2017), National Pastime, The Rocky Horror Show (2013, 2014, 2016, 2017 & 2018), Summer of ’42, Million Dollar Quartet and It’s a Wonderful Life. He also directed the world premiere of two new musicals, One Hit Wonder, for the University of Michigan and A Connecticut Christmas Carol for Goodspeed Musicals. Other directing credits include: Our Town (Theatre Aspen), Beauty and the Beast (Western Carolina University), The Other Josh Cohen (Geva Theatre), Cabaret, My Fair Lady, The Foreigner, Clue (Cape Playhouse) Grease (North Carolina Theatre), Spamalot (Casa Manana); and has directed productions of the Million Dollar Quartet for the Paper Mill Playhouse, Cincinnati Playhouse, Geva Theatre Ogunquit Playhouse and St. Louis Rep.
Close

AARON SPIVEY is excited to be spending the summer in Aspen!  Off Broadway: Shadowlands, Jukebox Jackie, Wanda’s World, From My Hometown, 4 Guys Named Jose & Golf the Musical.  Regional: Winter’s Tale, Blind Date, Ah, Wilderness, 2666 and Brigadoon (The Goodman), Tug of War (Chicago Shakespeare), The Full Monty (PCLO), West Side Story and Matilda (CCMT), The Secret Garden (Idaho Shakespeare), Bomb-ity of Errors (Syracuse Stage), Beauty and the Beast and Million Dollar Quartet (Broadway by the Bay).  On Broadway Aaron has served as the associate/assistant designer on 30 productions including Aladdin and Motown the Musical.
Close

DAVID THOMAS (Sound Designer) returns to Theatre Aspen for his 12th season. He has sound designed over 100 plays and musicals across the country. New York designs include productions for Peccadillo Theatre Company, Storm Theatre, Urban Stages, Astoria Performing Arts Center (NYIT Award: Best Production), and others. Regional theatre designs include Arvada Center (where his work has garnered Henry and Marlow Awards), The Old Globe, Yale Repertory Theatre, Philadelphia Theatre Company, Capital Repertory Theatre, Barrington Stage, and Williamstown Theatre Festival. Mr. Thomas has served as an assistant or associate Sound Designer on 7 Broadway productions, including two that were nominated for sound design Tony® Awards. In Beijing, he designed the sound system for an immersive theatrical adaptation of the story of Pan. MFA: Yale School of Drama.
Close

KYLLE COLLINS (Properties Designer) is proud to be making his Theatre Aspen debut this season.  Originally from Spokane, Washington, he has called many states home while continuing his career in properties construction for both film and stage.  He graduated from the Royal Academy of Dramatic Art in London where he has lived for the past 3 years.  Kylle has had the honor and privilege of working with several incredible designers and technicians both across the United States and the West End.  Kylle is exited to be working with the talented team here at Theatre Aspen.
Close 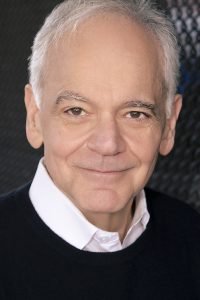 RAY DEMATTIS has enjoyed a long and varied career as an actor and a stage director. He appeared on Broadway in Fiorello, Little Shop of Horrors, City of Angels, Zoya’s Apartment and the original Grease. Among his Off-Broadway credits are Streets of New York, Enter Laughing-The Musical, Talk Radio, Tamara, and Flora the Red Menace. His television appearances include Law and Order (9 principal guest appearances), the three Cosby series, Royal Pains, Braindead, and The Sopranos. His film credits: Fatherhood, It Runs in The Family, Family Business, Untitled, Brewster’s Millions. He has appeared in regional theaters all over the country: The Actors’ Theatre of Louisville, Pennsylvania Centre Stage, the Maltz Jupiter Theatre, Cleveland Playhouse, and others. He served as Artistic Director as the National Theatre Workshop of the Handicapped, for which he received the Timmy Award. In 2015, producer Chip De Faa instituted an award in his name to be bestowed on outstanding young talents.
Close 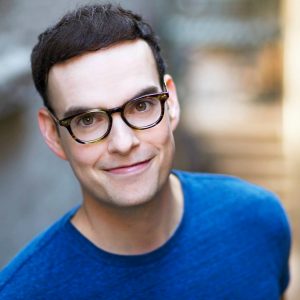 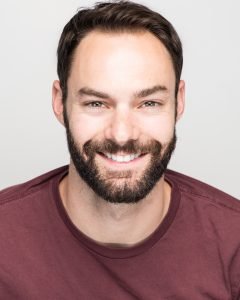 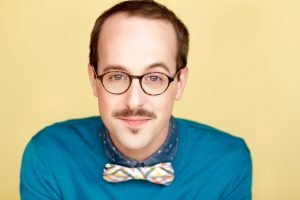 BLAKELY SLAYBAUGH is excited to be in Aspen after recently completing a hit run of High Button Shoes as part of the famed Encores! series at New York City Center. His work has been seen internationally and around the country on stage and screen with NBC, fashion brand Hermes, Cirque du Soleil, on Broadway, and Broadway Tours to name a few. Recently Blakely won the Helen Hayes Award for Outstanding Lead Actor in a musical for his portrayal of Prez in The Pajama Game at the Tony Award-winning Arena Stage. Broadway/Tour: Paramour, SHREK: The Musical, Rodgers + Hammerstein’s Cinderella. Theater: The Kennedy Center, Paper Mill Playhouse, Shakespeare Theatre Company, Goodspeed Opera House, The MUNY among many others. Thanks to Hunter and the entire Theatre Aspen team. Love to my family and partner-in-crime/fiancée Beth. BFA: CCM. Social: @BSlaybs 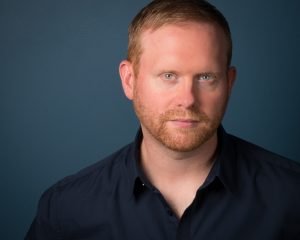 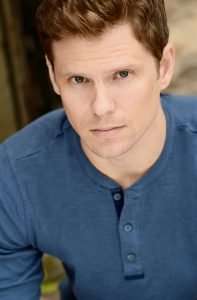 TONY ROACH spent most of 2018 in Lincoln Center’s Broadway production of My Fair Lady, including a four week run as Henry Higgins.  Recently he appeared in The Panties, The Partner, and The Profit, his third world premiere David Ives play (after The Liar & The Metromaniacs) at the Shakespeare Theatre of DC, where he is an Affiliated Artist.  He was also in the Broadway and Kennedy Center cast of Bright Star.  Regionally he has worked … a whole bunch of places.  TV credits include Succession, The Affair, Elementary.  He has a BA from Columbia and an MFA from the ART/MXAT Institute at Harvard (which no longer exists); he was a member of the off-Broadway company TACT (which no longer exists); he spent four years playing in a rock band (which no longer exists) and was born and raised in Kansas (which does still exist).  Leo.
Close 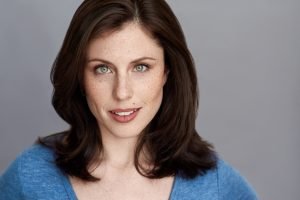 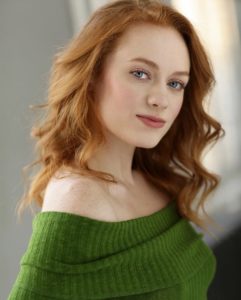 SARAH MARIE CHARLES is thrilled to be making her Theatre Aspen debut playing her dream role in Guys and Dolls! She was last seen touring the country with the first national tour of Finding Neverland with direction by Diane Paulus. Other credits: Peter Pan 360, Titanic, The Trip to Bountiful, Children of Eden, and Spring Awakening. Love to BRS/GAGE and Wojcik | Seay Casting. Proud Ithaca College alum. @sarchar. 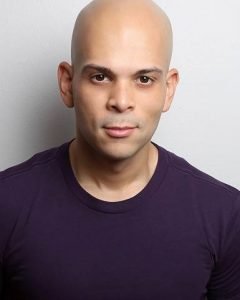 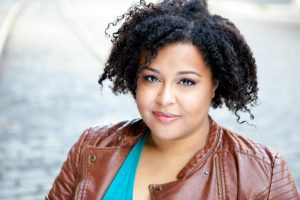 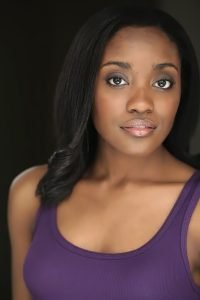 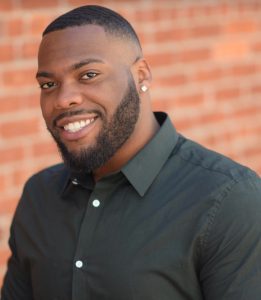 DION GRIER  a New York based singer, dancer, actor and currently a graduating senior at Montclair State University. He has always had a huge passion for the performing arts. With many opportunities to do other things like sports, he has devoted all his time to studying about theatre and continuing to strengthen his craft. Dion has performed at the Paper Mill Playhouse and Lincoln Center. Dion enjoys dancing and choreographing intermediate tap combinations, hoping in the future to teach intermediate dancers. With 6 years of vocal education, he is a Bari-tenor with a focus on both musical theatre and classical genre.

Dion is sponsored by Jessica and John Fullerton, Barbara and Jon Lee, and Sandy and Kenny Tate through the Theatre Aspen Apprentice Program. 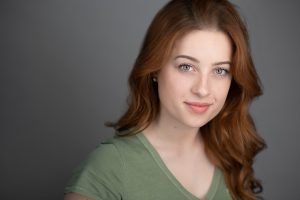 NEVADA KOENIG is a recent graduate of the University of Michigan! She is so excited to be spending her summer with Theatre Aspen. Favorite credits include Charity in Sweet Charity, Serena in Legally Blonde, Tamarind in One Hit Wonder, and Ethel in 42nd Street. Huge thanks to Hunter and the entire creative team and cast for making this show such a blast to work on. Big hugs to Mom, Dad, Syd and Sar!

Nevada is sponsored by Jessica and John Fullerton, Barbara and Jon Lee, and Sandy and Kenny Tate through the Theatre Aspen Apprentice Program. 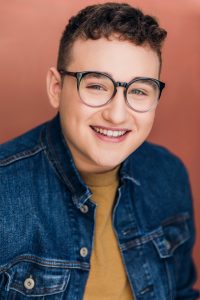 JONATHAN GOMOLKA is a recent graduate from Pace University, holding a BFA in Musical Theatre. Originally hailing from Boston, Jonathan is super excited to spend his summer in the mountains at Theatre Aspen. Jonathan was recently seen in Really Rosie and The Music Man at Weston Playhouse, and in The Drowsy Chaperone (George), The Wild Party (Goldberg), and A Chorus Line (Tom/Greg) at Pace University. Endless love and gratitude to Mom, Dad, Sarah, and Zaydee.

Jonathan is sponsored by Jessica and John Fullerton, Barbara and Jon Lee, and Sandy and Kenny Tate through the Theatre Aspen Apprentice Program.

TRAVIS ANDERSON is excited to be a part of the Theatre Aspen Apprenticeship Program this summer! He is a rising junior in the BFA musical theatre program at The University of Michigan and is from San Antonio, Texas. Favorite school credits include Sweet Charity (Ensemble), The Exonerated (Rhodes), and Shek: The Musical (Ensemble). Last summer, Travis studied abroad and performed in Cabaret (Victor, Dance Captain, Emcee u/s) and Evita (Ensemble) in Mezzano, Italy. He is a 2-time Jimmy Awards nominee. Much love to friends, family, teachers, and everyone at Theatre Aspen! @trav.is_anderson

Travis is sponsored by Jessica and John Fullerton, Barbara and Jon Lee, and Sandy and Kenny Tate through the Theatre Aspen Apprentice Program. 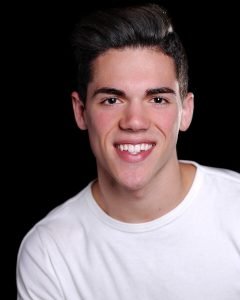 BOBBY ELLIS is excited to be joining the Theatre Aspen and making his first trip to Colorado this summer! He was born and raised in East Hanover, New Jersey and just finished his Freshman year in the BFA Musical Theatre Program at Pace University in New York City.  Since being in NYC, he has appeared as a vocalist, and he is thrilled to be appearing in Guys & Dolls as well as The Summer Cabaret Series. @bobby_ellis18

Bobby is sponsored by Jessica and John Fullerton, Barbara and Jon Lee, and Sandy and Kenny Tate through the Theatre Aspen Apprentice Program. 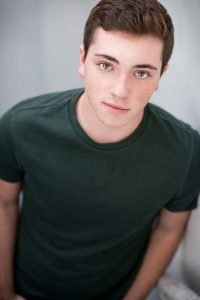 KEVIN MICHAEL BUCKLEY  is from Old Bridge, New Jersey and started performing/training in the NJ/NYC area as a teenager at institutions such as the Paper Mill Playhouse and Broadway Workshop. He’s currently a senior at Otterbein University. Some of his theatrical credits at Otterbein include Anthony (Sweeney Todd), Don Price (Big Fish), Cord Elam (Oklahoma!) and Rumpelstiltskin (Dance 2018: Gloriously Grimm). After graduation, he plans to continue acting and music as a career. He is extremely grateful to be performing in Aspen this summer. He would like to thank his colleagues, friends, and family for all their love and support of him and his artwork.

Kevin is sponsored by Jessica and John Fullerton, Barbara and Jon Lee, and Sandy and Kenny Tate through the Theatre Aspen Apprentice Program. 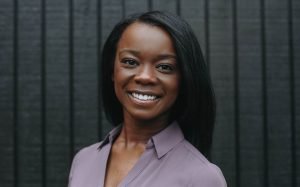 ALISHA JURY is thrilled to perform with TAAP 2019. She is from Bartlett, Illinois. In the fall she will return to The Weitzenhoffer School of Musical Theatre, as a senior, at The University of Oklahoma. Her recent credits include: Sara Wordsworth and Russ Kaplan’s Minnesota (Ensemble); Grand Hotel, directed by Adam Cooper, (Telephone Operator); Sooner Theatre: Hairspray (Dynamite). Alisha would like to thank her family and friends for all their support and steadfast love. She is dedicating all her performances to her guardian angel and grandmother, Versie Lewis.

Alisha is sponsored by Jessica and John Fullerton, Barbara and Jon Lee, and Sandy and Kenny Tate through the Theatre Aspen Apprentice Program.

Originally planned to open in April, THE LION KING

We have an exciting takeover happening TONIGHT in

The ALL FOR ONE season may be over, but we’re no

Please enjoy this beautiful #TBT photo from just a