Posted at 16:26h in News + Reviews by theatreaspen 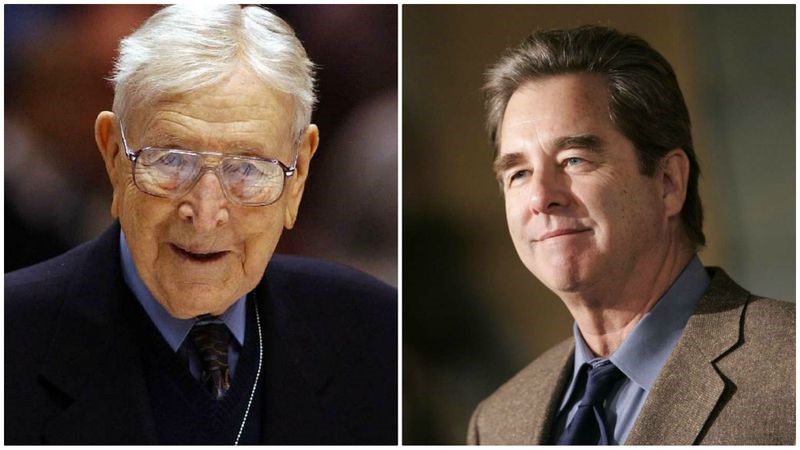 The legacy of John Wooden, the UCLA basketball coach who guided the Bruins to an unprecedented 10 national championships in the 1960s and ’70s, is coming to the stage.

“Coach: An Evening With John Wooden” will debut this fall at Colorado’s Hurst Theatre, as part of Theatre Aspen’s inaugural one-person show festival, Solo Flights. Written by John Wilder, the seasoned writer-producer of the NBC miniseries “Centennial,” the play will open the fest on Sept. 18, with an encore performance Sept. 21.

Beau Bridges, the actor and longtime friend of Wooden, will portray the American sports icon, who, in 40 years of coaching high school and college, had only one losing season — his first. He finished with 885 wins and 203 losses, and his UCLA teams — which included future legends Kareem Abdul-Jabbar and Bill Walton — broke NCAA records for winning 88 consecutive games from 1971 through 1974.

During his retirement, Wooden remained in the spotlight with his “Pyramid of Success” motivational program, a teaching system based on such traditional values as cooperation and personal responsibility. He died in 2010.

The play about the UCLA legend hails from alumni. Wilder graduated from the school, as did Bridges, who attended for a year and was coached by Wooden himself. Though he played for only one season, Bridges stayed close to Wooden throughout his life, and even narrated the audiobook version of Wooden’s “A Lifetime of Observations and Reflections on and off the Court.”

“For me just to be on the floor with him was a great gift — I was so excited,” said Bridges upon Wooden’s death. “I sat on the bench for one season, that was my experience as a coach, but he meant so much to me beyond that.”

In fact, Wooden’s “Pyramid of Success” has inspired Bridges throughout his career.

“For Coach [Wooden], success had nothing to do with winning. It had to do with leaving the task knowing you’ve done your very best,” the actor explained in 2014. “Coach said anybody can come to the task with hard work in mind, but when you bring hard work and joy together, that’s when fantastic things happen.”

Sports-centric plays are few and far between, but “Coach” will debut as the subject has been taking center stage. Lauren Yee’s “The Great Leap,” based on the televised exhibition basketball games between the U.S. and China in the 1980s, played at San Francisco’s American Conservatory Theatre this past spring, and Lydia Diamond’s “Toni Stone” — about the first female baseball player to go pro in the Negro Leagues and the first woman ever to play professionally in a men’s baseball league — will play there in March.